Would like to put some facts about most famous routing protocol.

According to Wikipedia currently we are using the version (BGP4), which was published as RFC 4271 in 2006.

Basically the world was changed by the 3 napkin protocol(picture was found on Network Collective Podcast):

Its simplified finite state machine is (taken from wiki) : 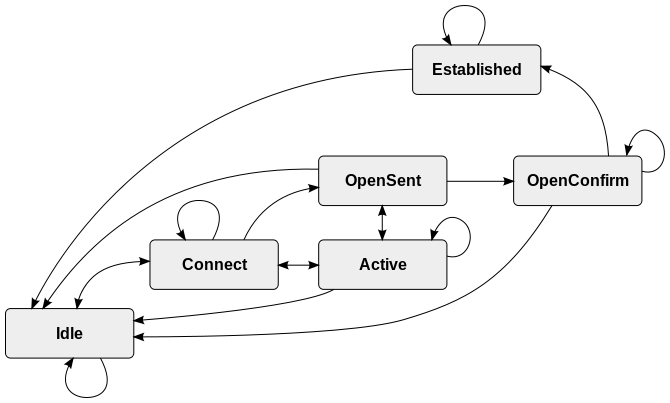 Some basics from BGP :

By default if route goes down BGP won’t flap it, will wait for 30 seconds before notifying

And there is many more, BGP nowadays is being used everywhere and often for other goals as it was designed, anyway if you want to learn more I would suggest to visiting following links :